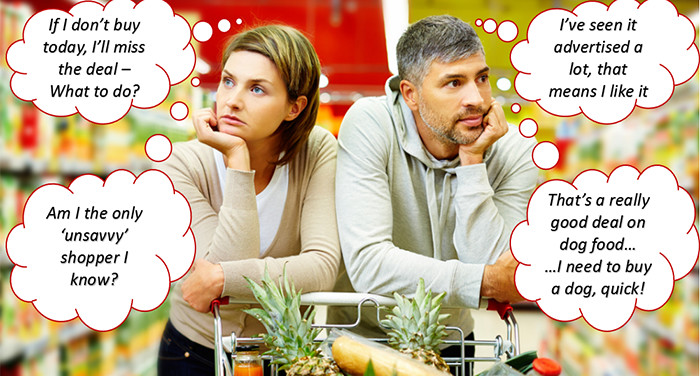 The Psychology of Supermarkets: Much More Than Just Good Deals

The secret of making shopping better for shoppers is in engaging with them in-store, not just bombarding them with special offers. In this article I explain how you can improve shopper perceptions without solely resorting to more and more in-store promotions

At the beginning of each new month, supermarkets sell more stuff: It’s another pay day weekend! Out of town retail parks and (a few) City centre shopping malls bustle with traffic as shoppers rush out to grab the best deals. But why is it that shoppers are driven towards deals? How can the science be better used to create more engagfing shopping experiences?

Here are 3 psychological factors that propel shoppers towards increasing their spending and seeking out that all important added value. Incidentally, I have amassed a database of 1,500 more!

We’re constantly inundated by adverts for special offers both in-store and online. From TV and press advertising to posters in supermarket carparks, and the ubiquitous shopping trolley adverts.

It’s no surprise that research has shown shopping behaviour can be altered by the information we’re exposed to in our day to day environment. One way our behaviour is altered is through priming and suggestion. A study by Strahan, Spencer and Zanna (2002), showed that subtly priming people who were thirsty by reinforcing their thirst through words presented to them during a decision task made them drink significantly more water afterwards compared with people who were thirsty and had not been primed.

In summary, the simple act of seeing products being used primes us to consider using them ourselves and so what them more. So why do you rarely see images of any food or drink being consumed in supermarkets?

Some special offers are exclusive and available for a limited time only. POS messaging in-store tells us as shoppers, things like ‘when it’s gone, it’s gone’ and ‘offer ends Tuesday’. These references to ‘time limits’ and potentially ‘missing out’ switch our shopping mindset from ‘gaining something new’ to ‘fear of losing out on a great deal’. Most of us will have at some time made impulse purchases due to a ‘fear of missing out’ (FOMO).

From a psychological perspective, humans are naturally averse to loss. Kahneman and Tversky (1979) demonstrated that humans take more risks when a scenario is presented in a negative frame (fear of losing out on something). Therefore, the way deals are presented to shoppers can make them take risks and buy items even if they are uncertain whether they really want it. In summary, they would rather buy something than risk leaving it on the shelf and potentially missing out.

As you can see by the shambles that is in-store special offer shelf edge labelling, this is an area that is yet to make it on to the radars of retailers.

The constant exposure to offers and deals combined with the ever increasing number of TV programmes and press articles about ‘savvy shopping’ all make us believe that everyone else is a smart shopper. As a result, we perceive that it is our ‘duty’ to get smart too. In the midst of this hype, we, as shoppers and consumers, have become the perfect social proof for each other to shop for all these ‘great deals. Cialdini (2009) suggests that our behaviour is strongly influenced by social proof. The more people jump on the bandwagon, the stronger the social proof for savvy shopping becomes.

But the conclusion here is that savvy shopping is still shopping: still buying stuff. So the continuous referencing to shopping smarter still results in shopping, spending, buying, call it what you will.

There you have it: 3 behavioural economics related ways that shoppers can be and are influenced. All solidly grounded and validated psychologically. Constant exposure to adverts makes shoppers more likely to buy the things advertised. Their desire for the items increases if they sense they might miss out on the deal and because everyone else is such a smart shopper, missing out would be plain dumb.

The only question that remains is that with so much opportunity to communicate with shoppers more effectively, why is so much shopper facing messaging so poor? Why are so many special offers displayed on atrociously templated shelf edge labels? Why are colours used to attract attention that are just plain wrong, psychologically? And why is it that even though there are more than 1,500 specific psychological ways to optimise communication effectiveness, brands and retailers continue to target shoppers and consumers so ineffectively?

I hypothesise that ignorance is bliss! 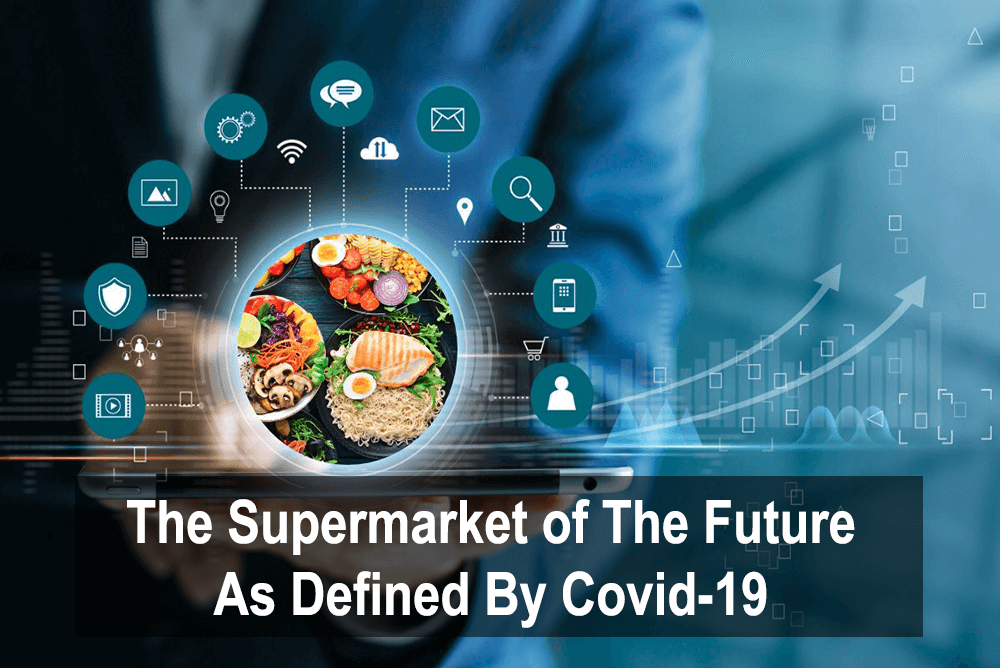 How & Why Covid-19 is Transforming Supermarket Shopping

Supermarket shopping is no longer any form of relaxing experience, it has become a stressful mission that must be completed with military precision. 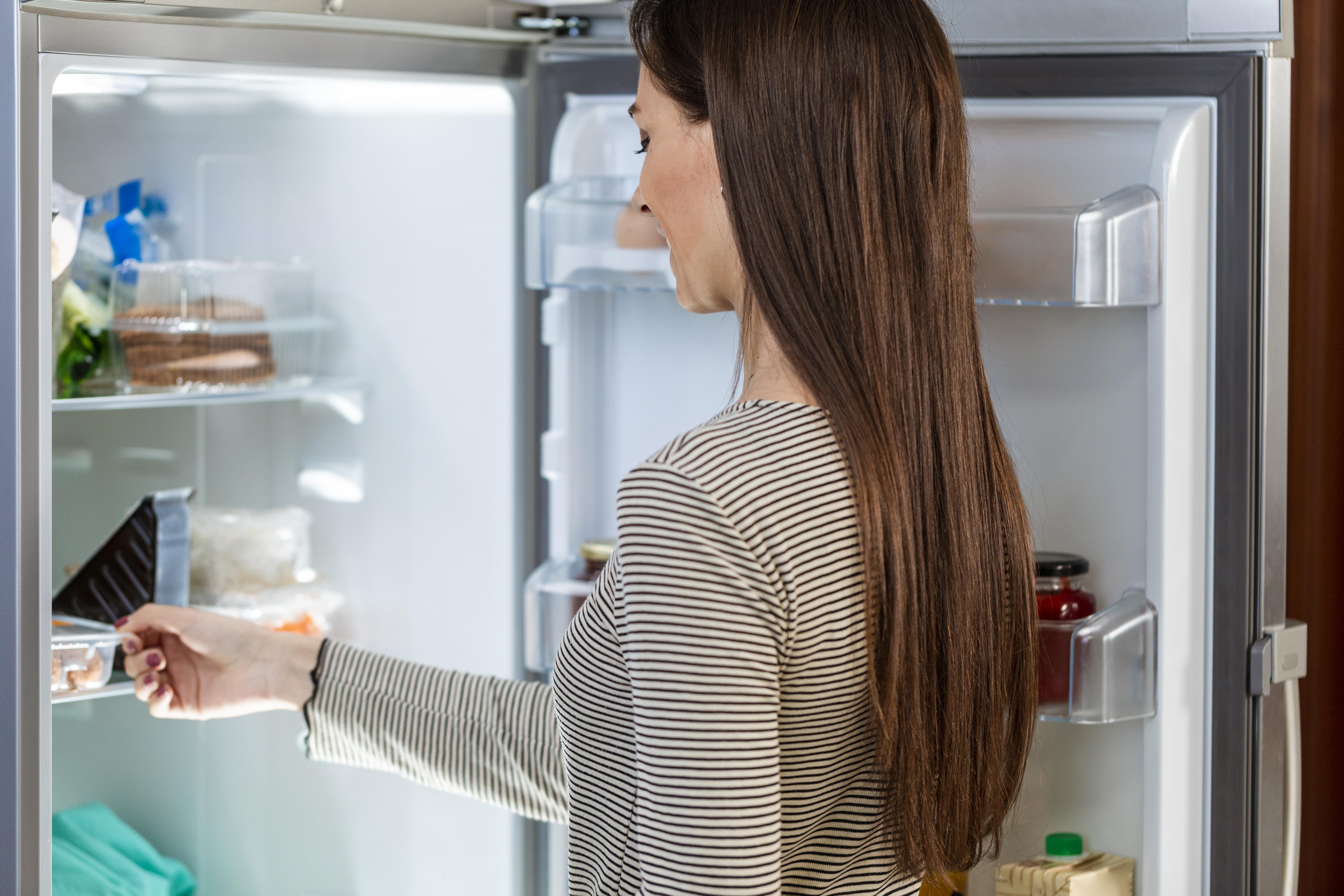 How to Diet while Working From Home

10 ways to apply shopper and consumer psychology, category management and retail merchandising to your own lockdown home.

When we emerge from this current situation, shopper habits & brand loyalties will have changed and historical sales data may well come into question.