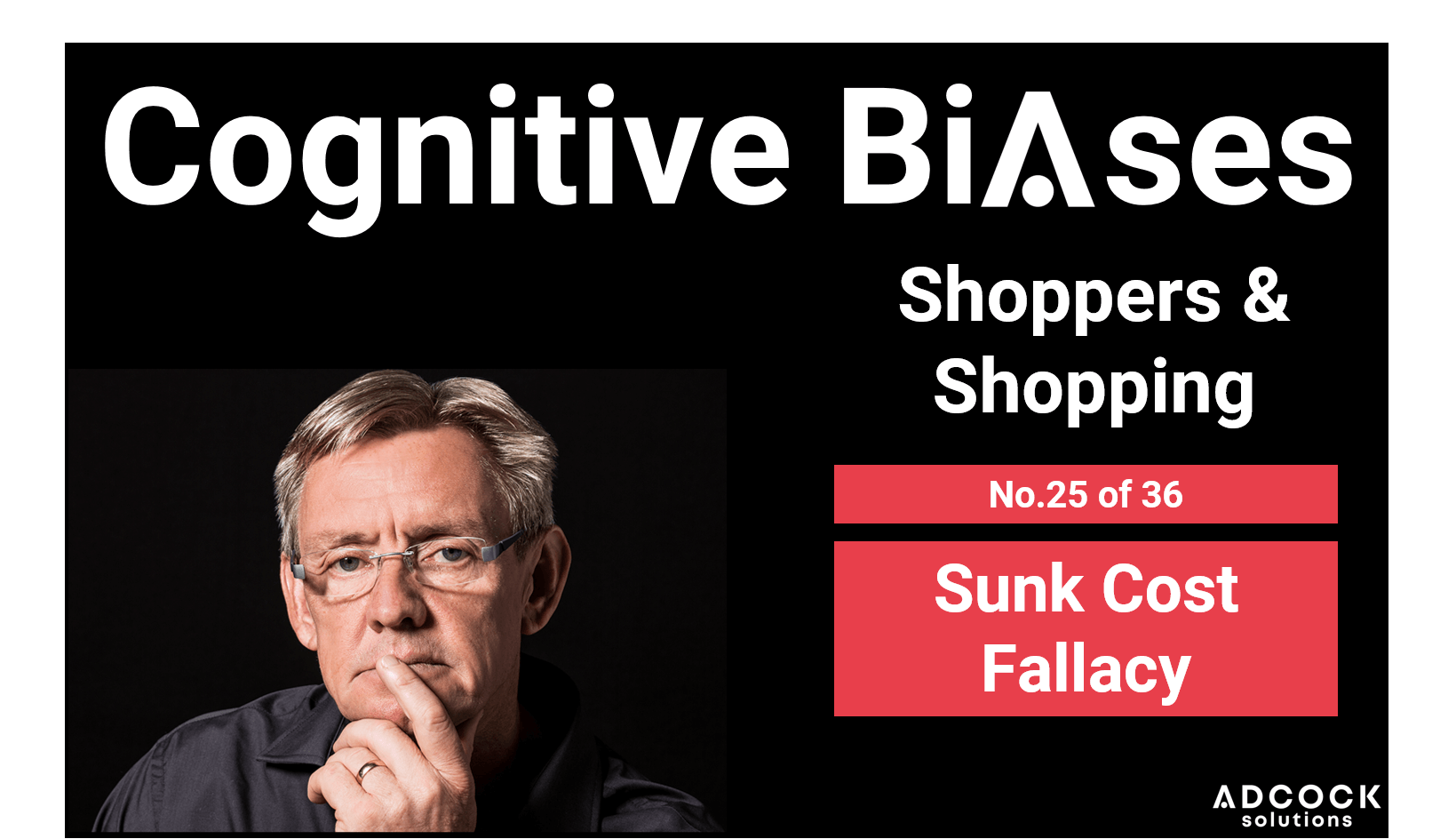 The sunk cost fallacy is a human behaviour pattern in which a shopper facing increasingly negative outcomes from a decision, nevertheless, continues the behaviour instead of altering course.

The sunk cost fallacy is a human behaviour pattern in which a shopper facing increasingly negative outcomes from a decision, nevertheless, continues the behaviour instead of altering course. The shopper maintains behaviours that are irrational but align with previous decisions and actions.

For example, shoppers sometimes buy too much food and then over-eat just to “get their money’s worth”. Similarly, a shopper may have a £20 discount voucher and then drive for hours through a blizzard, just because she feels that she has to spend the voucher due to having initially decided it had a value.

If the costs outweigh the benefits, the extra costs incurred (inconvenience, time or even money) are held in a different mental account than the one associated with the in-store special offer transaction (Thaler, 1999).

When it comes to what this means for shopping, in-store and online, there are a number of considerations:

Take a deposit – once a shopper has made a financial investment toward a purchase, they tend then to not see that as part of the cost, focusing instead on what remains to be paid.

Shopper investment – Once you can get shoppers to invest time, effort and/or money, they will be more likely to purchase. If only so that they don’t lose their initial investment.

The free incentive – Shoppers are significantly more likely to complete a ten-stamp card for a free coffee once two spots are stamped. More so than an eight-stamp card without any spots stamped.

As with all things in marketing, getting the best results from sunk cost bias is a balancing act. You’ll have to consider your brand image and business ethics, marketing goals and the opportunities your products or services provide for exploiting the sunk cost bias phenomenon.