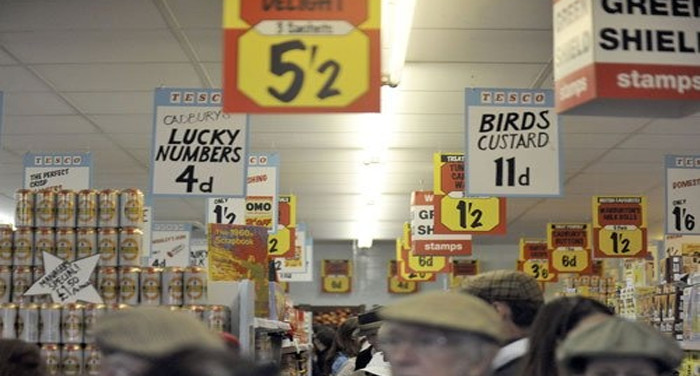 5 Forgotten Ways of Selling in Supermarkets

Grocery shopping has become boring! If the only thing retailers let shoppers compare is price, then guess what: They’ll compare price!

As recently as 20 years ago, supermarkets were full of psychological ‘influences’ strategically designed to impact on shopper perceptions and behaviour. For example, the physical widths of aisles would vary so that in some departments shoppers moved fast and ‘raced’ by the low margin products, while in others they were slowed down and exposed to more appealing lines. Some aisles would be very brightly lit, while others were more illuminated more seductively. Deceleration zones got shoppers shopping as near to the entrance as possible and different genres of music altered shopper perceptions as they browsed the aisles.

I myself have been involved in numerous projects that altered shopper behaviour, perceptions and decision making. For example, we increased appeal and interest in a home furnishings brand by 350% by creating an in-store display based on how women shop cosmetics. In another case, we re-engineered packaging so that men could handle the products inside and share of sales increased by more than 20%. Easier to try, more likely to buy

It seems strange that in the last 20 years, a period during which we've learnt more about the human mind than at any time previously, stores have become utterly psychologically disconnected with shoppers, shopping and consumption.

In this modern world of retail, awash with data and insight, but bereft of shopper oriented stores, there are wonderful opportunities for both brands and retailers. Here then are 5 historically proven ways to quite simply re-engage shoppers.

People are drawn to people. As a species, we are wired to get along with each other. So when we add pictures of people to in-store POS and other messaging, we literally bring it to life: We call it putting the life in lifestyle.

So why is it that in the face of overwhelming evidence regarding the impact of in-store humanisation, stores continue to de-humanise retailing space as much as possible? Retailers: If the accountants force you to cut staffing levels, then at least have the sense to utilise other proven methods to add some life to your stores. And brands, get out there and test the potential. You will be astonished by how much you can reconnect with shoppers just by effectively bringing your category to life. Armed with this evidence, you may even be able to persuade the retailers to roll out some much needed in-store humanisation too.

In days gone by, when buyers were less precious about ‘their’ space in-store, retailers engaged shoppers using more shopper oriented adjacencies. For example, when a leading US supermarket chain realised that men were sent to the supermarket to buy diapers (nappies) while the mom stayed at home looking after the baby, they hit upon a great adjacency. Quite simply, they located a secondary display of beer right next to the diapers in-store.

Can you imagine the protective retail buyers in UK today arguing over such space issues? Here’s another example: A secondary display of crisps sold more when it was moved out of the crisps area and into the chocolate aisle. Why because it gave shoppers a choice (sweet or savoury) they weren’t expecting, so interrupted and then engaged them.

Remember times when copious numbers of POS companies designed and developed bespoke displays that were then rolled out in stores? These displays helped brands stand out, gave them individuality and emotionalised their appearance in-store. And guess what, they worked more times than not. In other words, bespoke POS displays tended to increase shopper engagement.

But nowadays, pretty much every food and drink category is displayed identically: Cream shelves, uniformly laid out in linear aisles. It just cannot be right that a bottle of Moet & Chandon champagne is displayed in exactly the same way as a bottle of Domestos, can it? But in the world of retail distribution, it costs less to display it this way. so that's the way it's done!

Once upon a time, fragrance counters were at the fronts of department stores to offset the smells coming in from the street (horses, their excrement and the like). But today, the air outside smells much cleaner. Even so, many department stores still lead with beauty counters: Interesting.

The point here is that we are all constantly evaluating our environment using all of our available senses: Sight, sound, touch, taste and smell. But the retailers pay minimal attention to what we look at (see the points about humanisation and POS above) and even less about what we touch, taste, hear and smell. When you target the senses once again, you re-engage shoppers, improve their shopping experience and improve perceptions of your brand. Music has been proven time and time again to dramatically influence wine sales, aromas have transformed the sales of biscuits and softer floor coverings have increased shoppers perceptions of quality and subsequent spend.

When you tell shoppers Christmas is coming or Easter is on its way, they shop accordingly. In times gone by, retailers invested considerable amounts in transforming the visual appearance of stores to communicate specific seasons. And shoppers became metaphorically 'wrapped up' in the season and so engaged with more of the store (and did so happily too).

Unfortunately, nowadays, most stores have cut back on their seasonal enhancement spend. What with the ruling accountants, political correctness etc. stores now look very similar not only from one season to the next, but to each other as well.

Anyone who has ever been to a bustling market while on a foreign holiday will know just how infectious the environment can be. But a trip to the supermarket, even in the weeks leading up to a significant season are much of a muchness. If you want shoppers to disengage from shopping then you are going the right way about it, by stripping out seasonalisation.

All 5 of these types of initiative used to be commonplace. But that was in the days when stores were more shopper focussed and less controlled by the buying function.

I still say that the future of bricks and mortar grocery sales lies in the past.