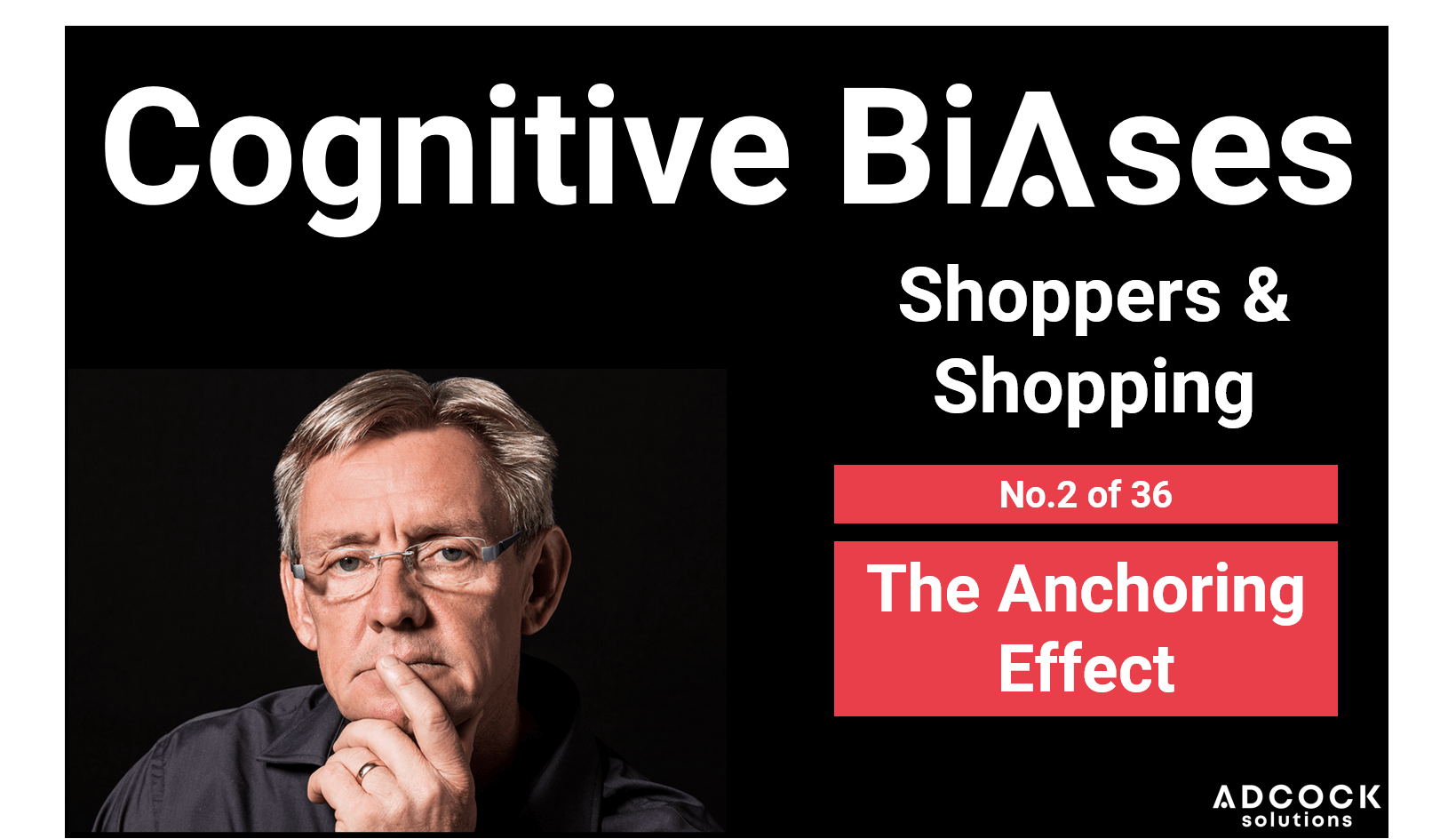 An anchoring effect is the tendency for the brain to rely too much on the first piece of information it received in relation to decisions made later on.

Cognitive biases are coping mechanisms that allow the brain to process vast amounts of input. While the mechanism is very effective, its limitations cause errors in decision-making.

Firstly, what is a cognitive bias? A cognitive bias is a limitation in rational thinking caused by the tendency for the human brain to take short cuts to save energy. Cognitive biases are coping mechanisms that allow the brain to process vast amounts of input. While the mechanism is very effective, its limitations cause errors in decision-making.

An anchoring effect is often seen with examples of was/now pricing. A higher price might deter a shopper from making a purchase. However, when the brand or retailer presents a lower sale price, the original higher price serves as the anchor, making the new sale price seem like better value.

Shoppers need context and what they see first will and does anchor them.  So, if you want shoppers to anchor to your brand in-store, there are a number of aspects you should consider.

In summary, anchoring gives you a great way of making your brand look disproportionately appealing. But equally, the wrong anchor can seriously damage brand performance. So, find your best numbers and communicate them effectively.