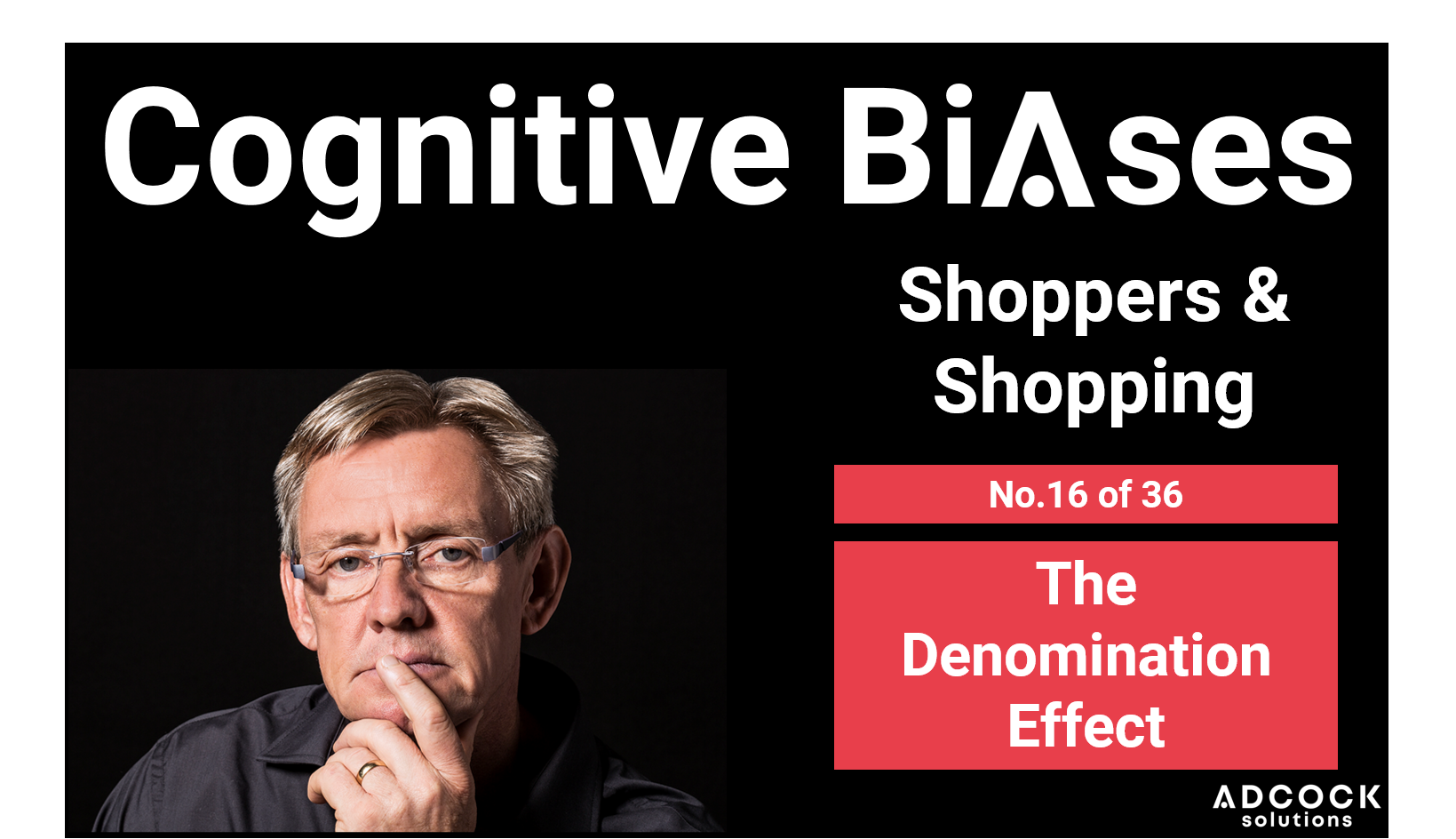 The denomination effect is a form of cognitive bias relating to currency, suggesting people may be less likely to spend larger currency denominations than their equivalent value in smaller denominations.

The denomination effect is a form of cognitive bias relating to currency, suggesting people may be less likely to spend larger currency denominations than their equivalent value in smaller denominations

To a rational shopper, the possession of £20 translates exactly to the ability to buy £20 worth of goods. The form of the £20 should not matter—whether it is one £20 bill, two £10s, four £5s, twenty £1s, or any configuration of change, the purchasing power is the same.

As a retailer, think about this for a minute, when a shopper takes money from and ATM outside the supermarket, the denomination of the notes dispensed will alter their spending propensity. And brands, shoppers appear to disproportionately value larger denomination notes. Something to consider in promotions, competitions and giveaways.

When it comes to applying this bias in-store, there are several considerations.

Cognitive biases are powerful things and even the change given to shoppers can alter their perception of the in-store experience and brands purchased.